The application of augmented and virtual reality in the industry is now a days a fact and it is contributing to the digitalization of many companies. These technologies along with others like machine learning, IOT, AI, or robotics, already reported multiples of benefits for companies who have opted for its implementation.

Thanks to VR and AR it’s possible to generate spaces in which the physical and digital spaces work simultaneously as if they were one, allowing access to the BIM model and the information it contains in real time. This is considered an important factor when it comes to optimize working processes by the integration of this technologies, allowing an improvement in the productivity, saving time and costs.

More and more companies are beginning to be a part of the industry 4.0, thanks to the implementation of technologies like virtual reality and augmented reality + BIM.

According to the study “Augmented and virtual reality in operations” conducted by Capgemini S.A, there are more than 700 companies of the industrial sector that are experimenting with VR/AR, or have already implemented some of these immersive technologies. 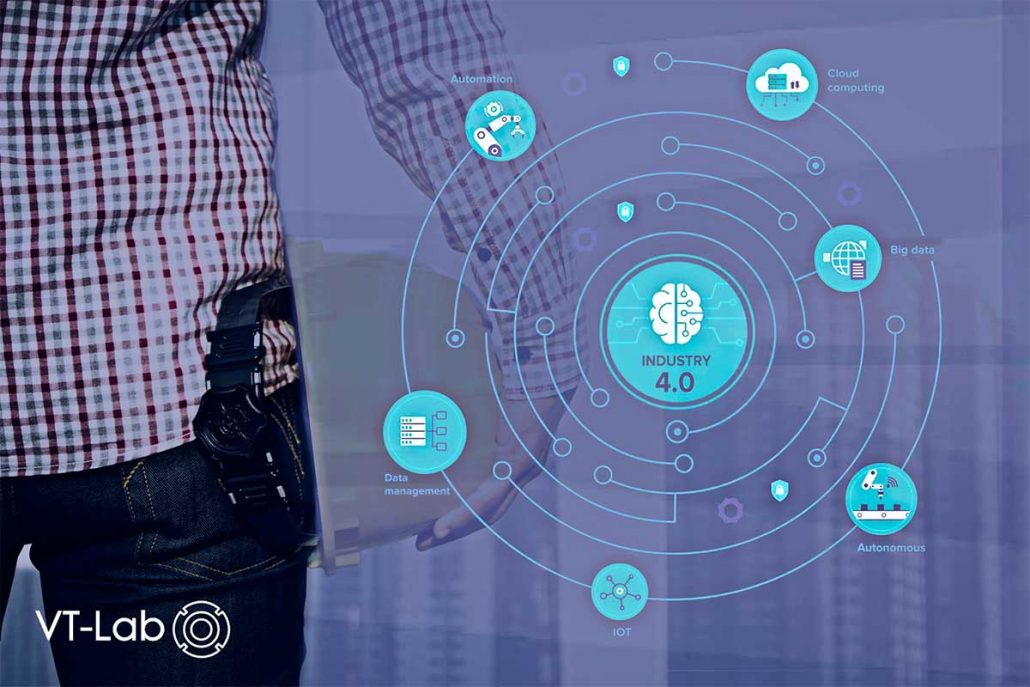 The 4.0 industry is known as the fourth industrial revolution or as smart industries. It consists in the digitalization of the industrial processes of the companies by using new technologies, capable of a better adaptability to the needs and processes of production, as well as the more efficiently assignation of resources.

To achieve this, companies have to identify their necessities and related to them, apply these technologies thar better resolve them.

Advantages of augmented and virtual reality in the industry 4.0

The application of augmented and virtual reality in the industry has multiple advantages for companies, which can be:

-Eliminate wrong interpretations by immersing in the digital twin on a 1:1 scale

-Receive assistance in the field with indications in real time about the different elements.

Applications of augmented and virtual reality in the industry 4.0

VT-Lab specializes in the application of AR and VR in industrial complex environments, such as:

Virtual reality for the design and planification of industrial plants

This was a design project of an industrial plant which through virtual reality the designers could visualize the changes that the BIM project was experiencing. And they could study the disposition of the elements and possible fails in the design.

This model was used in later faces of management, operation and maintenance of teams.

In this project the solution came through the BIM model in the “nave”, which together with augmented and virtual reality helped in the remodeling tasks of the space.

The BIM model is integrated in a web platform of management in which it centralizes all the information. This allows the visualization of the global state of teams, work orders, incidences and all the static information referent to each team.

In VT-Lab we help you to be a part of the industry 4.0 by the application of augmented and virtual reality + BIM in your company, providing you with productivity solutions related to your specific needs.